This past weekend, I was “home alone”. No bad guys came along to make things exciting.  (Thank Goodness!)  It gave me time to sort out some things.  Not always a good thing.  When I am alone at home, I can sometimes fall too easily into despair.  The bad guys I fear are not human.  Rather, they are the wraiths of the past clawing at my mind.

I had to battle through some issues. No tears.  Just feelings of anger.  Anger that I still have not destroyed them altogether.  I went through journals from the past couple of years.  I pulled out some passages and tossed the rest of the notebooks.  Then, I went through the passages to try to make sense of them.

I am much better than when I wrote them. As I have healed my emotional issues, I notice a spiral motion.  For many years, it seemed I would be down and then circle around to not so bad and then to doing pretty well.  Then, I would continue on back to being down.  But, the down was always worse than the last time.  I feared getting to the bottom of the spiral and never making it back around to the good side.

A couple of things happened that changed the direction of the spiral. Slowly, the spiral has continued, but the direction has changed.  The difference is that now the spiral is going up.  The bad side is not as bad as last time.  And last time was not as bad as the time before that.  The pattern has continued long enough that I believe I will finally be free of the black hole that lingers out on the horizon of my mind.

What were the couple of things? The first occurred several years ago.  I was confronted with a mental health provider who tried to convince me that perhaps I was bipolar like my father.  I had completed the 15 question “yes or no” questionnaire.  I answered yes to three questions.  Yes, I have had racing thoughts.  Yes, I have overspent money and gotten in a bind.  Yes, I have gotten into arguments with others.  I answered no to the other twelve questions.  When he realized his insurance covered customer was about to get away unmedicated and not added to his case load and cash flow, he tried to declare that perhaps I was borderline.  If yes to those three questions make me borderline bipolar, this world is full of crazier-than-me-people.  I got mad and told him thanks but no thanks in a very not nice way.  I left and while driving away realized that I am not following in my father’s footsteps.  I am not even close to being mentally ill as I have always feared.

The second thing was something I did with his help. I determined that a fast was in order.  I needed to fast and pray and let God take care of something.  So, I fasted for three days.  I was physically ill by the third day.  I have blood sugar problems anyway, so it was a challenge from day one.  But, he supported and encouraged me.  And God gave me two things.  He resolved the problem I was fasting about specifically.  The unexpected thing can be summed up in this statement I wrote on the last evening.  “God, if the day comes when all I have is Your Salvation and my sanity, it will be enough.”

I knew then that I would be okay. That was a little over four years ago.  That is when the spiral started going up.  I have still had dark sides of the circle.  Each time has been less dark, less terrifying, and taken less time to get through.

The war is not over, but the tide has turned. Each battle is entered with more confidence of victory.  The wraiths will come again.  I will continue to sharpen my sword and hone my skill wielding it.  The day will come when I will hear them in the distance and they will not be allowed to cross into my mind. 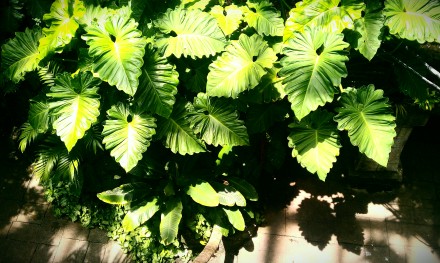