New Year’s Day, we spent time on the Bolivar Peninsula.  Looking toward the open sea, I saw a monster vessel coming in through the haze.  Heading up the ship channel to one of the ports.

How many times did my father make that passage to Texas City?  He worked in the engine room of an oil tanker.  Sabine Towing and Transportation.  S.S. Guadalupe.  Diamond S.  He sailed on the S.S. Brazos a time or two.  The company was locally operated, though owned by Chromaloy.  They took very good care of Daddy when he was sick.  They flew him home one time when his bipolar depression got too bad while aboard ship.  I remember he had lost his false teeth; and I remember going with Mother to the airport to pick him up.

I also remember the smell of his Old Spice cologne and King Edward cigars.  The whiteness of his tee shirt.  The tan of his khakis.  How his head felt when Mother had freshly cut his hair.  Just bare clippers run over his entire scalp.  He liked pipes and Louis L’Amour.  He preferred a flat bottom aluminum boat and running trot lines.  He liked to squirrel hunt rather than deer hunt.

When he was younger and well, he always had a project going.  Some scheme with fishing or planting or brewing usually.  When he was older and sick, he would again try to work on projects.

He taught me how to fix bicycle tires and to tinker with lawn mowers.  He let me paint the clothesline poles.  He let me argue with him about current events.  I would get so worked up and he would let me go on with my temper flaring.  He never told me to be quiet or anything.  Mother would finally intervene and hush us up.  He didn’t get mad.  He just seemed to want me to debate about things and to learn to see both sides of things.  To look beyond my own scope of understanding and see something more.  And to respect what generations before me had endured.

That ship in the haze certainly was real.  And it definitely stirred up a ghost in my memories.

My father was tall and handsome and smelled of Old Spice and King Edward cigars. He was a sailor on an oil tanker. He worked in the engine room as an engineer. Mother would take us with her to see him when he came in to port, especially in Texas City. We would stay at the Holiday Inn and always drove out the long jetty while we were there. We spent more than one Christmas in that motel because Daddy was in port. The smell of an oil refinery is perfume to me. It means getting to see Daddy.
We would go to the dock and watch them tie up the ship sometimes. Often, as soon as the gang plank was down, a tall, slender man, broad shouldered, long legged, would stride down in his white tee shirt and dark khakis to greet us. In a few moments, he would climb back up to the ship to finish his shift. Later, we would return to pick up that same smiling sailor in his fresh white tee shirt and camel colored khakis smelling of Old Spice. Mother was so in love with him, it made me love him, too.
He and I loved each other. He had struggled apparently all his life with emotional issues and developed full blown mental illness in his early 40s. When he was balanced, he was wonderful! Adventurous and full of humor. When he was down, it broke our hearts. When he was manic, it broke our hearts. He was never abusive or mean. Just ill. Lying in the bed barely moving with depression. Or never putting his head to the pillow. Always working toward some project that never got moving. Trot lining usually. He loved to be out in that old boat on the lake. So do I.
After he would be admitted to the hospital, Mother would spend half a day gathering up things and putting them away. We would go see him every weekend. Finally, he would get to come home. Mother and I tried to count how many electro-shock therapy treatments he had during the seventies when that was supposed to be the answer. We lost count or could not continue counting at over 100. If one could have seen up close and personal the condition he was in, it was understandable that when a psychiatrist told you the only way to get him back was to consent to such treatment, desperation answered.
He loved cigars. He smoked King Edward cigars, Camel cigarettes and a pipe, too. He would sometimes get the makings and roll his own cigarettes. He always wore khakis and white tee shirts. He wore top siders in the summer. He kept his hair clipped completely off. Mother would use the clippers with no guard and buzz his hair off every few weeks. If it was cold, he would wear a flannel shirt and a small black toboggan.
He read Louis Lamour westerns avidly. He would read them over again, making a little box “x” inside the cover to record reading and re-reading the different stories. He liked lemon meringue pie and homemade banana pudding with meringue browned in the oven.
He was eccentric and romantic and creative. He was brilliant and handsome. He was a sailor and a fisherman. I miss the man who held my hand and loved me so much. I came to him later in life and he was patient and kind and gentle to me when I was a child. When I was a teenager, he and I would get in these heated conversations about politics and world affairs. Finally, Mother would call time out and we would stop. How stupid and liberal I was and how much I might have understood sooner had I listened. Still, he was my father. At the store, I pause in front of the Old Spice things. Even yesterday while in the soap isle, I picked up a new flavor of Old Spice body wash to take a sniff. Checking to see if it rings true to the label. Maybe a little. At any rate, my mind races back to childhood, when ships and refinery lights and salt air meant paradise…………..seeing Daddy…………… 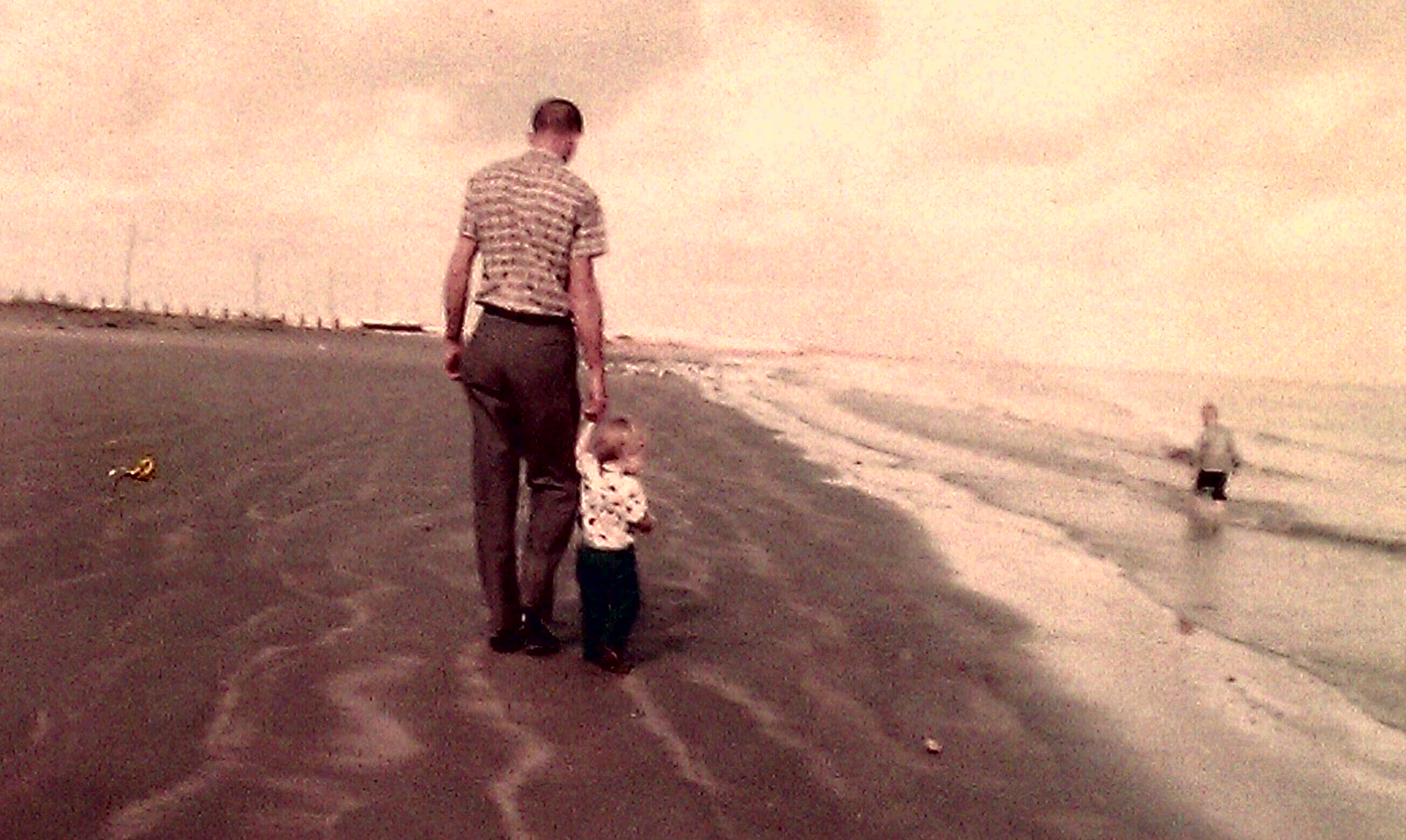